Planet of Death (or “pod”) has been quite a simple, but captivating racing game from 1997, released by Ubisoft for many platforms. But you’re not here to read another Wikipedia-like paragraph. You’re here because you want to play it online again, after more than 20 years.

It is indeed still possible to play Pod online with the help of Hamachi, but the menu screens to set up a game can be quite confusing due to the high number of outdated functionality (who seriously plays over COM ports nowadays?) and misleading UI feedback (disabled buttons are not necessarily grayed out, just not clickable). This guide helps you step by step to set up an internet game in Pod. If you need any real-time guidance, you can join my Pod Discord server.

Setting up a game in Pod

After you started Pod, go to Options and set your player name. This may not matter much to you at other times, but for online games, this is the nickname you will have. Then return to the main menu.

How does a networked game look like in Pod? It unsurprisingly consists of the following:

No matter what role you’ll take, the “Multiplayer” screen the entrance to anyone’s internet game, so let’s have a look at it, or at least at what’s important of it, and what you can gracefully ignore nowadays: 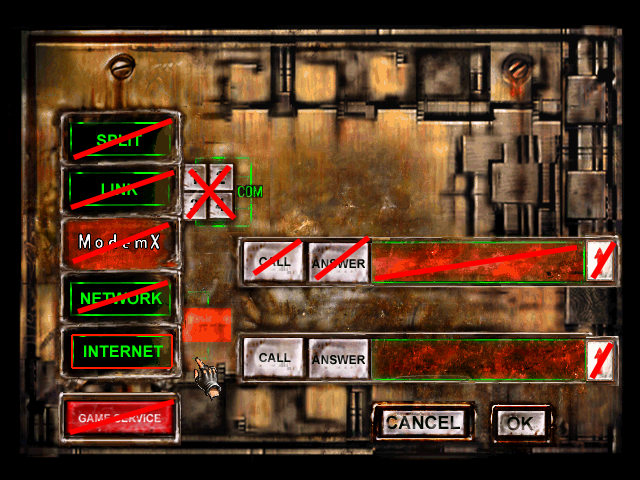 You can see almost everything is striked through there. If you want to know why, the following list is for you, otherwise, just continue to the next paragraph.

So, click the Internet button. Notice that a 650 will appear in the orange field to the right of it, this is the hexadecimal port over which communication will happen (e.g. port 1616 by default). Just leave it as is. This may be interesting to you if you try direct P2P and need to port forward.

The following steps depend on wether you want to be the master or slave. You don’t typically get to choose this at bedtime, so enjoy your freedom here, and communicate it with the participants!

After the lobby – notes on races